What is Covalent Bond?

Covalent bond is a bond formed by atoms, each of atom creates an electron pair and shares it. Because each other's electrons are shared in pairs, the number of electrons involved in sharing is always even.

It is divided into 'single bond', 'double bond' and 'triple bond' depending on the number of electron pairs shared between two atoms.

Two atoms share one electron pair (or two electrons).
It is represented by a single line between atoms. 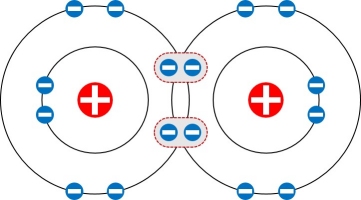 The two atoms share three electron pairs (or six electrons).
It is represented by a triple line between atoms. 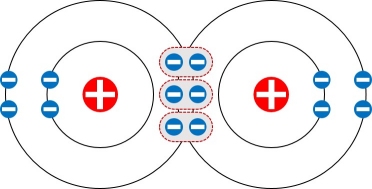