The French mathematician Coriolis first explained that the direction of fluid movement on the Earth's surface is slightly warped. You can observe this effect in all spinning places like Earth.
The Coriolis effect causes the following:
1. In the northern hemisphere, it bends to the right of the movement direction.
2. In the Southern Hemisphere, it is bent to the left of the direction of movement. 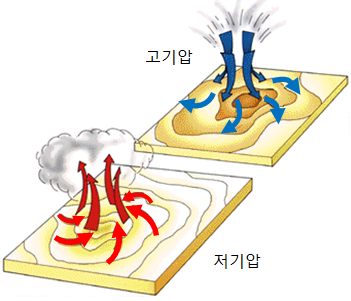 If the earth does not rotate, the heated air near the equator will rise and move to the pole. And, the cold air in the pole will descend and move toward the equator.

But it actually appears complex due to the effects of the Earth's rotation.
The wind belts girdling the planet are organised into three cells in each hemisphere: the Hadley cell, the Ferrel cell, and the Polar cell. Those cells exist in both the northern and southern hemispheres. The vast bulk of the atmospheric motion occurs in the Hadley cell. 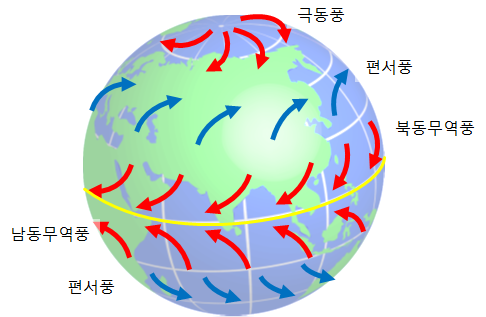 Contrary to popular misconception, water rotation in home bathrooms under normal circumstances is not related to the Coriolis effect or to the rotation of the Earth, and no consistent difference in rotation direction between toilet drainage in the Northern and Southern Hemispheres can be observed.
The Coriolis effect appears on large-scale fluids such as the oceans or the atmosphere on Earth.