Why is the Sky Blue? - JavaLab

Why is the Sky Blue?


What is the size of the light? 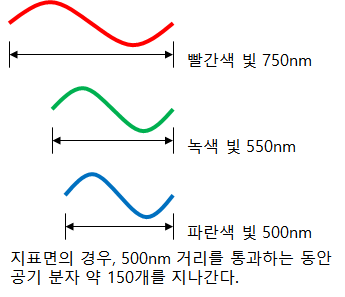 Near the ground where the air is most dense, blue light passes through about 150 air molecules over a wavelength distance.

Light scattering is the phenomenon in which light changes direction in the matter. Air molecules cause light scattering in the atmosphere.
Let’s compare car tires with light and irregularities of the road to air molecules.
Cars with big tires can’t shake well on bumpy roads. Similarly, light with longer wavelengths is less sensitive to air molecules. In contrast, cars with small tires generate vibrations along bumpy roads. This is why light with shorter wavelengths scatters more. 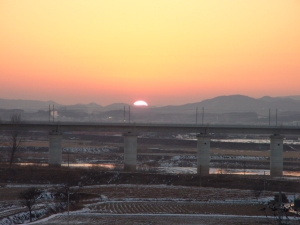 As the sun sets, the sun shines obliquely on the ground. Passing through the atmosphere, blue light with short wavelengths is scattered and exits in all directions. Eventually, light with a relatively long wavelength, such as red, remains and looks glowing.