On the Earth, the degree of warpage in space-time is small, so it is difficult to observe the warp of light. But the degree of warp can be measured when the light passes through a large object such as the sun. In 1919, British astronomer Eddington succeeded in observing the bending of starlight near the sun during a total eclipse.

Light from distant bright stars(such as quasars) can be bent by heavy objects such as galaxies. This light can reach the Earth in multiple paths. In this case, we can observe it as multiple stars. 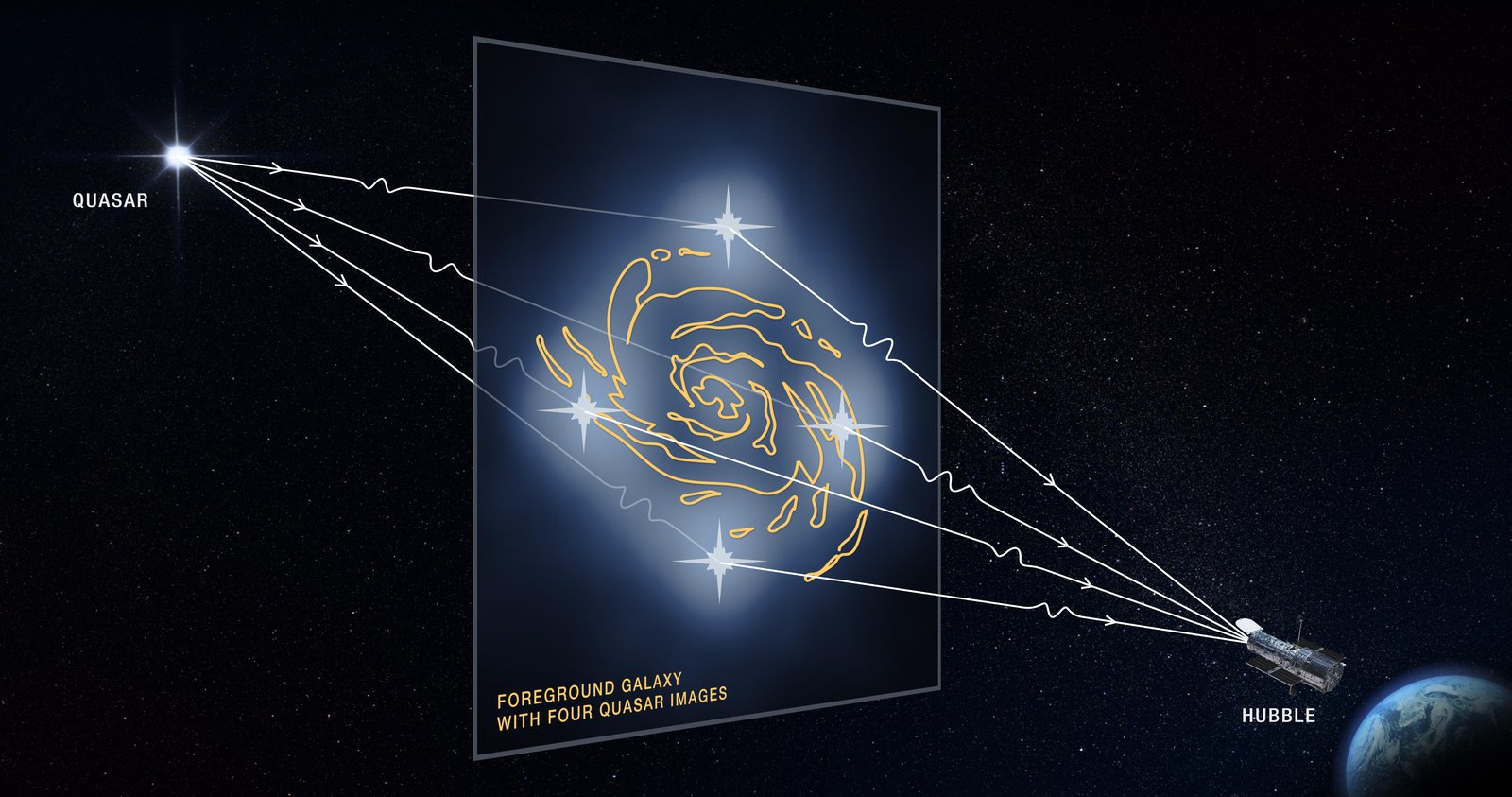