Even if the force works, the speed does not change?

When an object moves linearly at a constant velocity, the force applied to the object is zero because there is no change in velocity. If so, is there a motion that has a force on an object but does not change its speed?
The correct answer is ‘uniform circular motion’. 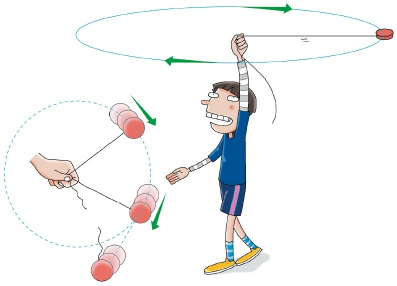 Uniform circular motion is a movement that keeps changing direction. In order to continue the circular movement, it is necessary to change the direction of the force constantly. This force is called centripetal force.