When a force of a certain size and direction acts on an object, the object moves at a constant rate of speed. These movements are easy to find around us.
For example, the speed of a skier descending a slope by gravity increases. However, when a running car stops by applying the brakes, the speed gradually slows down due to friction.
When an object is dropped straight or thrown up, the object's speed is constantly changed by force. 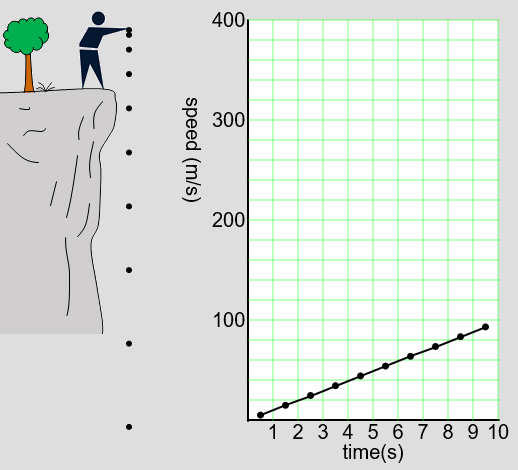 Acceleration is the degree to which the speed changes over a period of time. Acceleration is obtained by dividing the amount of change in velocity by time.
If the initial velocity was V1, and the velocity changed to V2 after time t, then the acceleration a is calculated as follows.