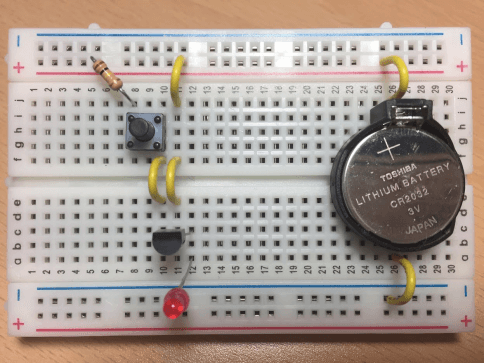 A transistor is a semiconductor device used to amplify or switch electronic signals and electrical power. It is composed of semiconductor material, usually with at least three terminals for connection to an external circuit.

There are so many switches in your computer system. It is not a hand-push switch that we commonly use. It is a switch operated by electrical signals. The computer counts numbers like ‘1’ and ‘0’ depending on the voltage level. High voltage is ‘1’, low voltage is ‘0’. Computers do binary calculations by default. When the computer adds or subtracts numbers, the ‘1’ and ‘0’ electrical signals act as a switch in the ‘logic circuit.’ This switch is a transistor. 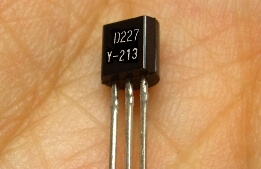 Transistors behave as if the switch is closed (connected) when a voltage above the specified voltage (approximately 0.6 to 0.7 V) is applied.

The structure of transistor

Most transistors have three terminals. They are called Base, Collector, and Emitter, respectively.

The switching action of transistor

Transistors act like switches. It is not a switch that you press directly by hand. Instead, the switch works automatically in response to electrical signals and other physical stimuli.
When 0.6 ~ 0.7V or more voltage is applied to the base(B) of a general transistor, the transistor act like the switch is turned on.

Let’s take an example of a circuit that turns on an LED by pressing a switch. In the case of a manual switch, press the switch with your finger to turn on the LED. In transistors, the LED is turned on when 0.6 to 0.7 V is applied to the base(B).