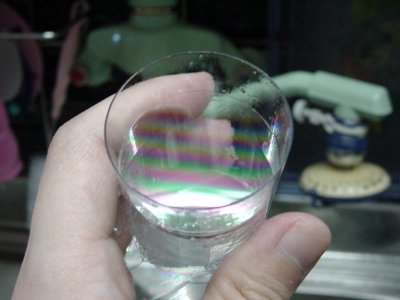 Rainbow colors are common in soap bubbles. The difference from the rainbow in the sky is that the bands of color tend to repeat.

The principle of the interference pattern generated

As shown in the figure below, when one strand of light enters the soap film, two branched reflections occur.

If the two phases can merge with each other, it look bright (reinforcement interference).

If the two phases cancel each other out, it looks dark (offset interference).

The light intensity of the interference pattern