The touch screen is a technology that allows you to use IT devices more intuitively by clicking or dragging the desired location on the screen.
There are several types of touch screens depending on the detection method.

“4-wire resistive touch screen” has long rod-shaped contacts printed on the corners of the upper and lower transparent electrodes.
It uses only 4 wires to detect touchpoints on a 2-Dimensional plane.
If you apply an electric field on one plane and then measure the other’s voltage, you can find the pressed point. 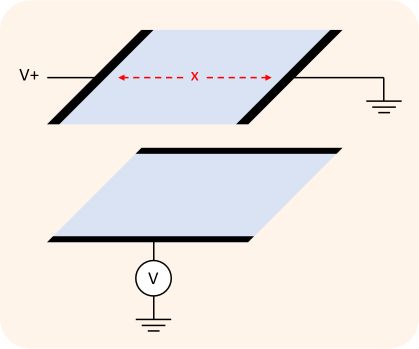 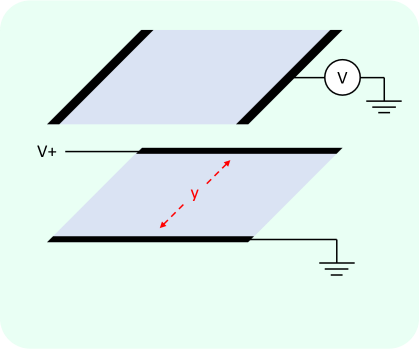