Diodes are electronic components that pass current in only one direction. The direction in which current can flow through the diode is called 'forward,' and the direction in which current cannot flow through the diode is called 'reverse.'
If you compare a diode to a human body, it is similar to blood vessels' valves. The valve prevents blood from flowing backward. Similarly, diodes also prevent current from flowing in unwanted directions. 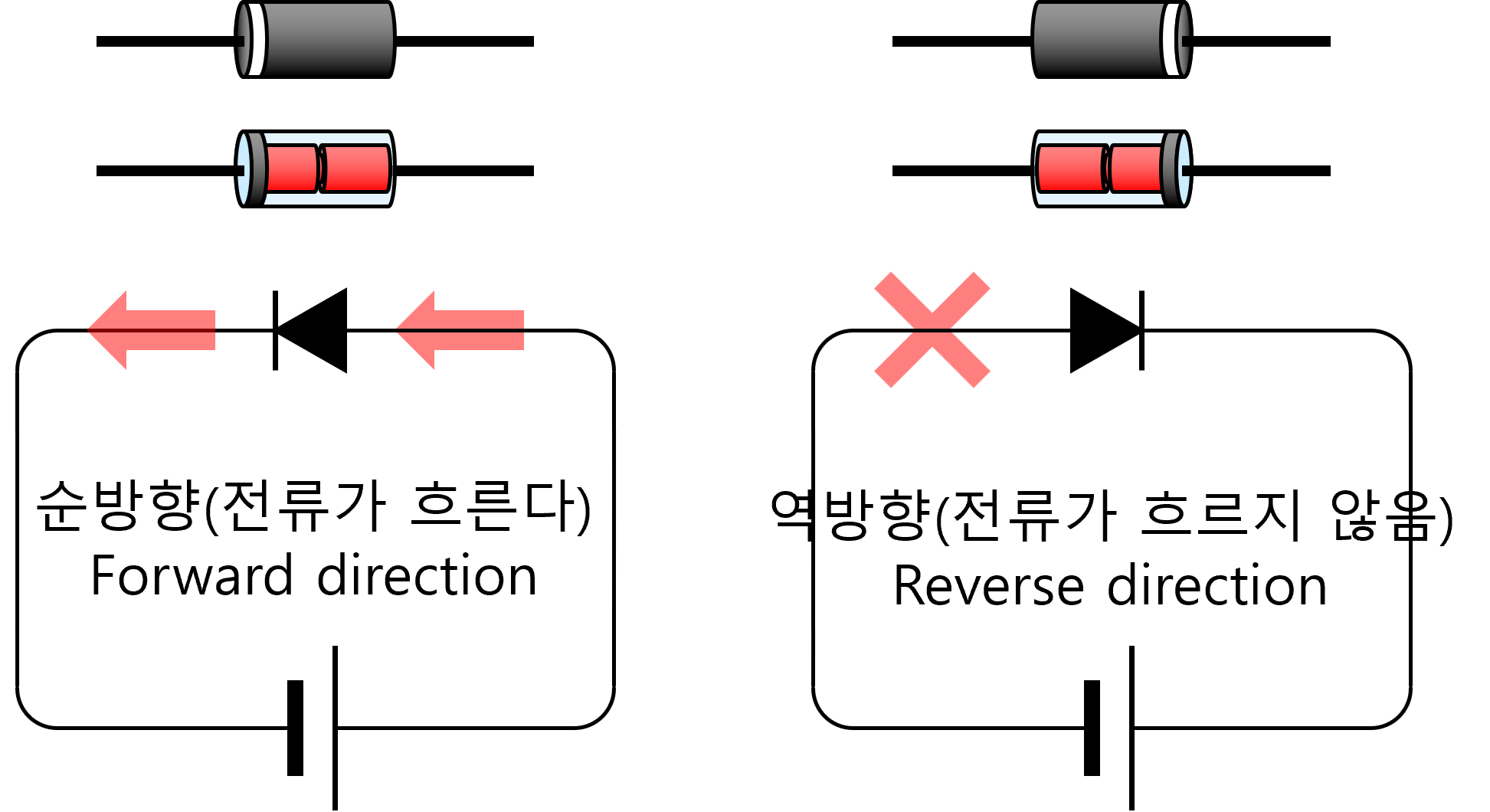 Some electronic components are modules in which four diodes are bundled together to form a rectifier circuit. These diodes are called 'bridge diodes.'

There are two wave patterns (~) on the bridge diode. When AC power is supplied to this place, DC power is output from the places marked with (+) and (-). The wave pattern originates from the waveform of the alternating voltage waveform.