"Free falling" or "Thrown to the horizontal direction" - JavaLab

“Free falling” or “Thrown to the horizontal direction”


How to use the simulation

Drag the ball with your mouse to free fall it in the air. 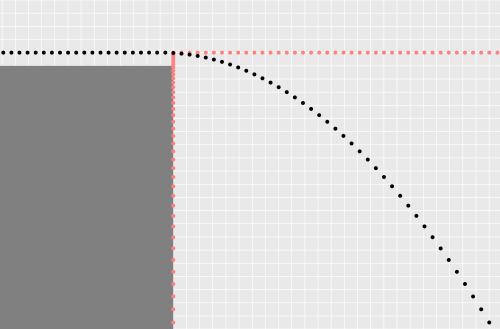 Drag your mouse on the cliff to observe the parabolic motion.
You can change the horizontal speed by adjusting the drag speed. 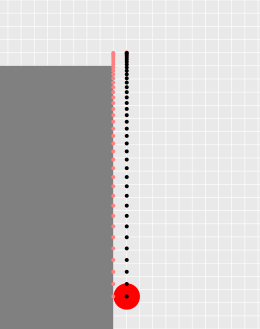 If you throw it a few times, you can see that the acceleration in the y-axis is constant. 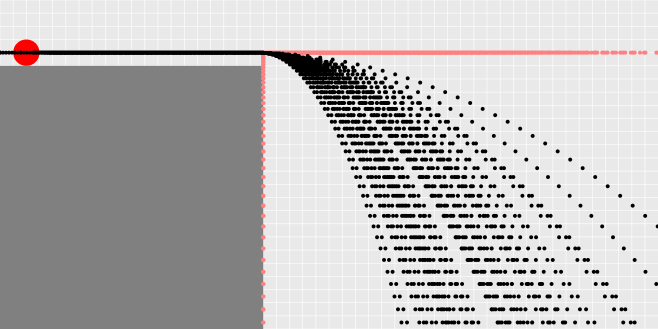 When you throw an object, the object falls with a certain curve. The object performs a parabolic motion. This is a motion on a two-dimensional plane, not a straight line. To understand this movement, it is necessary to think separately into two movements in the horizontal direction (x-axis direction) and the vertical direction (y-axis direction).

Vertical motion is a bit complicated. All objects on the surface are affected by the Earth’s gravity. When an object is thrown, the speed of climbing up is gradually reduced. Eventually, the speed increases again toward the center of the earth. The speed increase is equal to the Earth’s gravitational acceleration. The gravitational acceleration of the Earth is about 9.8m/s2. This means that the speed continues to increase by 9.8m/s every second.