When Brahe died, Kepler was asked to organize observational data accumulated for 16 years. Based on these data, he published Kepler's first and second laws in 1609.
Kepler's law is known to have contributed greatly to establishing Newton's laws of mechanics. Newton is said to have been deeply impressed with Kepler's law.
In other words, Kepler's law has made a great progress in physics as well as astronomy.

The orbit of every planet is an ellipse with the Sun at one of the two foci.

A line joining a planet and the Sun sweeps out equal areas during equal intervals of time. 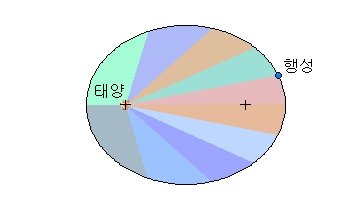 The square of the orbital period of a planet is directly proportional to the cube of the semi-major axis of its orbit.