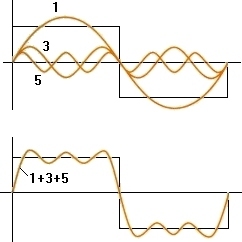 As shown in the picture above, you can get a shape close to the square wave by adding 3 normal trigonometric functions. Listed in the form, it is as follows.

Right now, it's just three functions added, so it's a bit insufficient to say that it's a full square shape.
However, if you can add infinitely in this way, you will eventually get a clean function form. 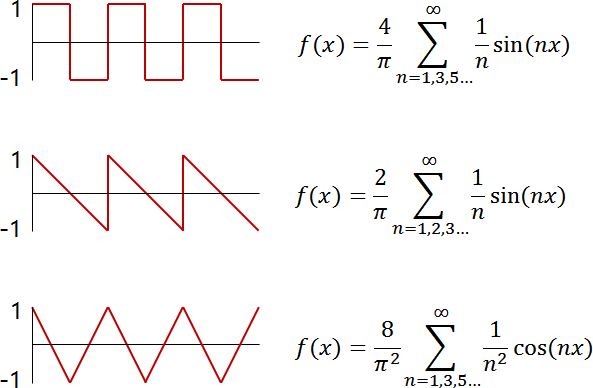