An ellipse is a closed curve connecting the points that the sum of the two distances to the focal points is a constant.
The ellipse’s longest diameter is the major axis, and the shortest diameter is the minor axis.
In a two-dimensional Cartesian coordinate system, assuming that the major and minor axes are the x and y axes, respectively, We can simplify the elliptic equation as: 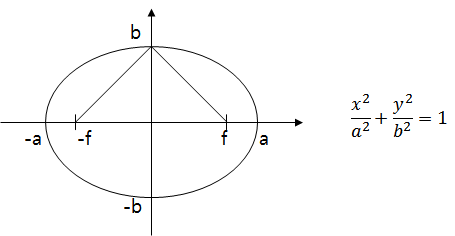 Relationship between ellipse and circle

As the two focal points approach each other, the ellipse changes closer to the circle. If both focal points match, it will eventually become a circle. Therefore, a circle can be thought of as a special case of an ellipse.