Range and Intensity of the Gravity

Where m1 and m2 are mass (kg), r is the distance (m) between the centers of both masses, and G is a proportional constant called the Newtonian constant. The unit of force calculated is Newton (N).

The law of gravity found by Newton was very excellent, and it could explain not only the small apple, but also the movement of the solar system and the collision of huge galaxies. It is no exaggeration to say that Newton opened a new era of classical mechanics.

Find out the gravity constant G

In the equation for calculating gravity, G is a specially defined constant.
This number was measured by Henry Cavendish in a very precise experiment.
To measure G, Cavendish used a torsion scale. Torsion scale is very sensitive and be twisted even with small force.
If you know the twisted angle and the torsional constant of the balance, you can calculate the total force between the two objects. 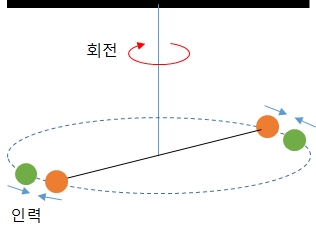 After a precise experiment, he can obtain the value of G.

The value of G is very small. In atomic scale, The gravitational force has a very small value when compared with electromagnetic force. For example, suppose a (+) polarized proton and a (-) polarized electron. The electric force between them is 1039 times stronger than gravity.