Telescopes that use only the refraction of a lens are called articulated telescopes. Depending on the lens combination, there are two types of Galileo and Kepler.

Galileo is often called the ground telescope. This is a telescope made of a combination of a convex objective and a concave eyepiece. Galileo was an astronomer who first observed stars with his own telescope.

Later, telescopes with convex eyepieces appeared instead of concave eyepieces. This is called the Kepler telescope. The astronomical telescope used these days is this Kepler-style telescope. Kepler-type telescopes are not suitable for ground use because objects look upside down. However, because it provides a wide field of view, it is often used for astronomical observation. It doesn’t matter if the object looks upside down.

Condensing: It gathers light so you can see brighter than you see with your eyes, and lets you see dark objects that are invisible to your eyes.
Resolution: The blurry spread makes it easier to see what you see. In other words, it allows you to look very closely at the outline of an object that is too far away to distinguish its shape.
Magnification: Zoom in on the image to make it look good. 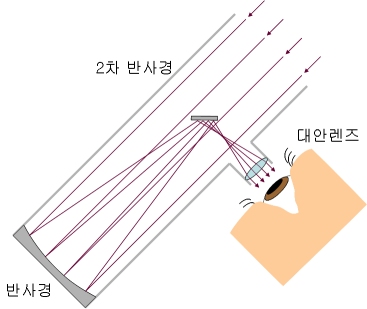 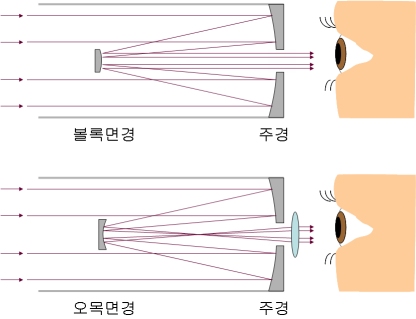